BMW calls it a Sports Activity Vehicle; we call it an SUV minus the good stuff.

by Anthony Alaniz
in BMW, Reviews
0

BMW hopes the X6, which it calls a Sports Activity Vehicle, makes an emotional connection with you. That’s because any left-brained, analytical person will take one look it and toss it on the reject pile.

Basically an SUV with a space-restricting coupe-like roofline, the X6 costs more, holds less, and is not as comfortable than the traditional midsize BMW X5 SUV on which it’s based. There’s really no case for buying one unless it’s somehow gotten under your skin and you just gotta have it. In that case, just tell us and your conflicting hemisphere to shut the hell up. 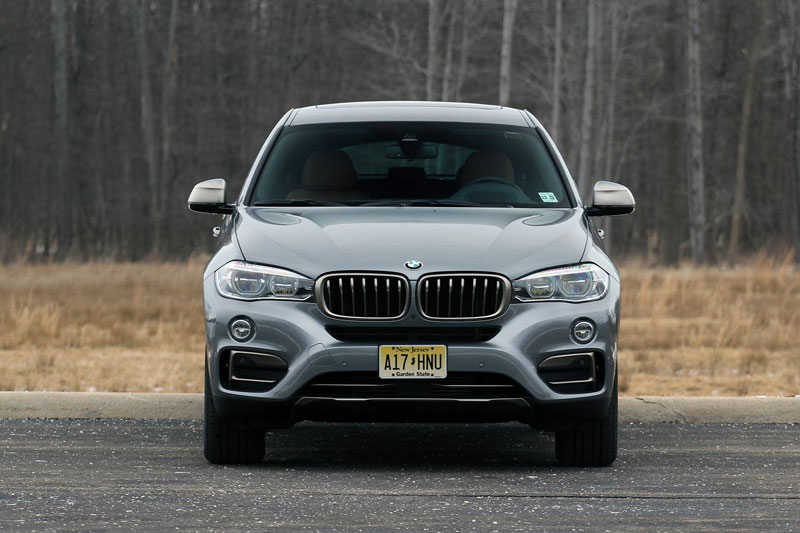 With a base price of $62,950, the BMW X6 is relatively expensive compared to most other SUVs. In fact, its base price is nearly $6,000 more than that of the BMW X5. How can BMW get away with charging more for the same vehicle that offers less utility? I don’t have a good answer, except that customers who can afford the X6 might be less price-sensitive and more disposed to trends, of which this car’s body type is certainly one.

The X6 xDrive35i I tested costs $75,745 out the door, which for BMWs is a surprisingly reasonable increase considering what it comes with. That includes an upgrade from rear-wheel to all-wheel drive, as well as four option packages that load it up with comfort, convenience, luxury, and safety features. 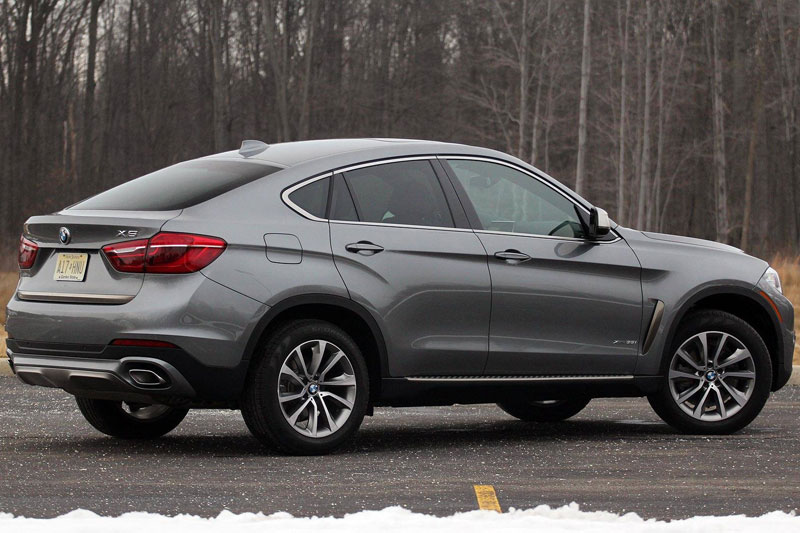 The X6 is attractive in the way that all BMWs are attractive, which is to say it’s handsome but not particularly exhilarating or original. In fact, the face of the X6 is practically a cut-and-paste job from the X5. Its calling card is its coupe-like profile, but that’s hardly unique anymore, even among SUVs. The bottom line is that you really have to be smitten with how the X6 looks to justify paying more money for less utility compared to the X5.

What you get inside the X6 are proper luxury appointments. All of the materials are premium grade; they both look and feel expensive. The design itself is typical BMW with a wide center console, canted towards the driver, and a large touchscreen perched atop the dashboard. 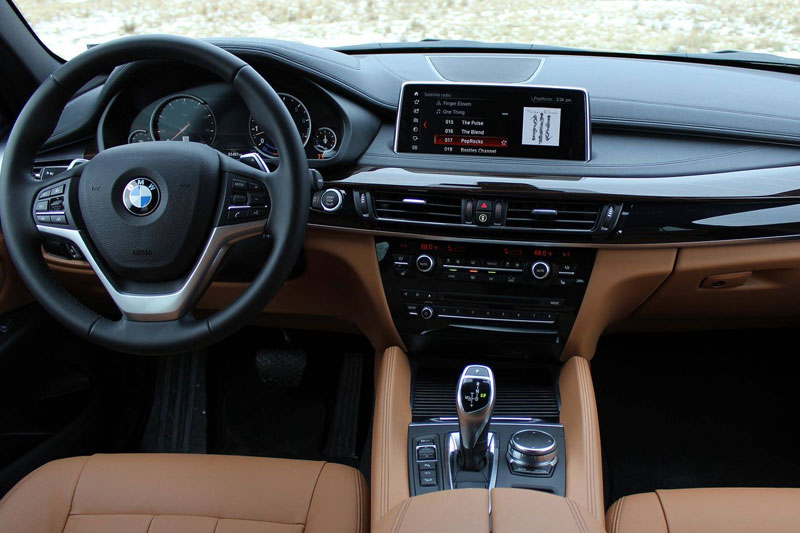 As far as space inside goes, just make sure you call “Shotgun” first unless you’re the one holding the keys. Second row passengers suffer from tight dimensions, particularly headroom, due to the X6’s sloping roof; it offers just 37.4 inches of headroom compared to 39.8 in the X5.

It goes without saying that the cargo area suffers too. Don’t pull up curbside at your local Best Buy expecting to bring home a new flatscreen TV in the X6. While the cargo area’s depth remains ample, most of its height has been cut off. Compared to the X5, the X6 loses 9.2 cubic feet of cargo space behind the second row of seats (35.8 versus 26.6) and 17 cubic feet when those seats are folded forward (76.7 versus 59.7). More important than simply having less space, the space you’re left with just isn’t as useful because of the X6’s shape.

Once hated by critics, BMW’s iDrive infotainment system has evolved to become one of the industry’s best. The 10.2-inch touchscreen pairs perfectly with the rotary dial between the seats; they make inputs easy and intuitive for the driver, especially when using the touchpad atop the dial. Unfortunately, Apple CarPlay is $300 option and Android Auto isn’t available at all. BMW does offer some interesting tech in the X6, like wireless smartphone charging (a $400 option), a WiFi hotspot, real-time traffic information, and a head-up display. That said, we would be able to list more new and novel technologies if we were talking about an SUV from Volvo or Audi.

It doesn’t look much like an SUV, and the X6 doesn’t drive much like an SUV, either. The particular X6 I tested came with an optional Dynamic Damper system ($1,500), which allows the car’s four separate driving modes – Eco, Comfort, Sport, and Sport+ – to also affect its ride and handling. All four modes are distinct in how they make the X6 accelerate and handle, with Eco being the laziest and Sport+ being too high-strung. Comfort and Sports modes are the sweet spots, both offering settings for throttle sensitivity, steering effort, and suspension dampening that can be lived with during all-day errands.

The X6 xDrive35i is powered by a turbocharged inline six-cylinder engine producing 300 horsepower and 300 pound-feet of torque. With peak torque available at just 1,300 rpm, the xDrive35i feels powerful underfoot at nearly all speeds. BMW also offers a xDrive50i model with a bi-turbocharged V8 producing 445 hp, but the plenty punchy and more fuel-efficient six-cylinder is the smarter option. It can even tow a maximum of 6,000 pounds, so who needs a V8?

BMW could do a better job offering more safety features, as well making them standard equipment or at least more affordable than what they are now. The X6 I tested did have a healthy list of safety features, but they came courtesy of spending an extra $5,450 on option packages – the Driving Assistance package ($1,700), Driving Assistance Plus package ($1,200), and Executive package ($2,550). Even then, while adaptive cruise control, automatic emergency braking, and blind spot and lane departure warning were included in those option packages, other important safety features like lane-keep assist and rear cross-traffic alert were absent.

The X6 xDrive35i isn’t very fuel efficient, though it’s hard to see that while comparing it to rivals on paper. For instance, it has the same combined fuel economy rating as its most direct competitor, the Mercedes-AMG GLE43 Coupe: 20 miles per gallon. But the Mercedes’ biturbo V6 offers 362 horsepower to the BMW’s 300. Same goes for the Land Rover Range Rover Velar, which has a supercharged V6 that produces 380 hp and still manages a combined rating of 20 mpg. The X6 also requires premium fuel, but it’s hard to hold that against it when theMercedesand Land Rover do too.

Things You Should Check When Buying A Vehicle Online

Things You Should Check When Buying A Vehicle Online