MDX was a trendsetter for being the first-ever three-row uni-body crossover SUV introduced at the beginning of the 21st century, on October 5, 2000. Now you see this form everywhere as almost every automotive company makes and offers it.

Since then, MDX has proved to be a huge success for Acura. It shaped up the concept of the luxury three-row SUV segment. The masterpiece in its new fourth-generation {YD4 2021} is now fully redesigned for 2022 to be more spacious, high-tech, sporty, and luxurious.

The Rank of 2022 Acura MDX Among Other SUVs

Some experts rank 2022 Acura MDX at number 13 among other SUVs. Customers will compare its luxury, style, comfort, exterior, interior, engine performance, fuel efficiency, infotainment system, technology, and last but not least, its price as compared to the competitors.

According to US News, the 2022 MDX is ranked as following:

Acura MDX is entirely redesigned for 2022 with the sleeker exterior styling, more spacious seats and cargo, new and improved technology, and a more advanced interior. The MDX has always been one of the highly recommended models among three-row luxury SUVs.

Besides being classy, the previous three generations of MDX always had an exceptional value for the money. With an updated model with a luxurious high ride, more interior room, sleek styling, and a sporty Type S model on the horizon, the 2022 Acura MDX will be one of the best picks

The MDX might be less expensive than its rivals, but it’s not that cheaper than every Tom. Dick and Harry would afford it easily. The price varies for different segments. The more features, the pricier the MDX gets. The price ranges from $47,200 to $65,000. So far, Type S is the most expensive one that is yet to be launched.

The MDX Drive and Handling

Thanks to the engineering team of Acura, MDX seems to be floating on curves and over bumps. The 2022 MDX is sleeker, wider, and stronger than before, with more stability on the road.

MDX is comfy and quiet for routine driving. There are several standard driving features. Adaptive cruise control, forward-collision warning, lane-keeping assistance, and automatic emergency braking are featured in every MDX. 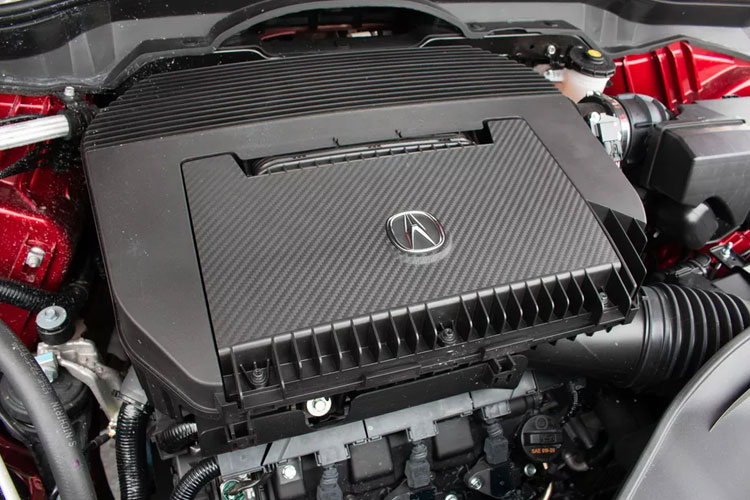 The MDX’s base engine is a bit disappointing as it is the same 3.5-liter V6 engine as before, with 290 horsepower and 267 lb-ft of torque. The only improvement is the ten-speed automatic transmission in 2022 models instead of a nine-speed.

The engine is okay in the Normal and Comfort drive modes but perky enough in the Sports mode. It is a good engine but gets louder when stepping on the pedal and a little disappointing compared to the turbocharged six-cylinder engines of rival European SUVs.

The current Sport Hybrid model is the last model of Acura. It will offer a new Type S model in 2022 with a turbocharged 3.0-liter V6, 355 hp, and 354 lb-ft of torque. Together with Acura’s SH-AWD (Super Handling All-Wheel Drive) system, the turbo engine is a $2,000 option on other trim levels.

With wider tires and more powerful brakes, the MDX Type S should be sporty enough. It’s launching in the summer of 2022. 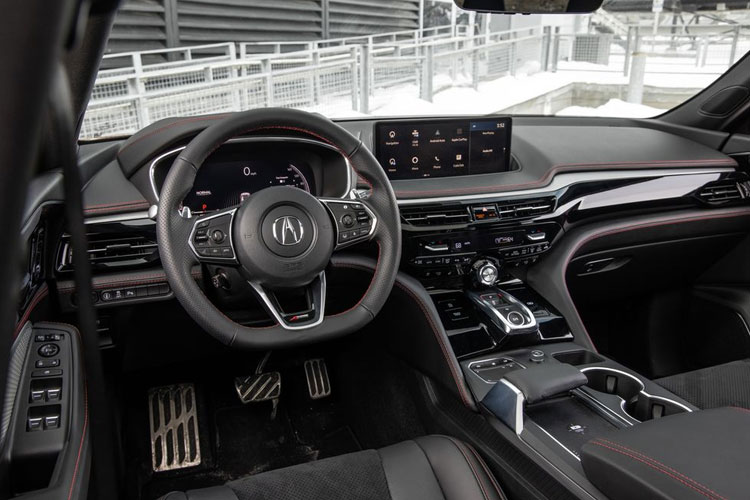 The front-row legroom measures 41.6 inches, which is more than 41.4 inches in the previous models of Acura. The second-row legroom is 38.5 inches, the same as before. Third-row legroom has also increased from 28.1 inches to 29.1 inches now.

2022 MDX is equipped with two 12.3-inch displays, one in the gauge cluster and the second on top of the dashboard for infotainment. The display is not a touchscreen. A trackpad on the center console controls it. Android Auto, wireless Apple CarPlay, Amazon Alexa, and WiFi hotspot capability are standard in every MDX.

Built-in navigation is included in each trim except base trim. The Advance trim has a head-up display and a 360-degree view camera system. All trims get three USB ports, a wireless charger in the front row, and two USB ports for the second row.

The advanced trim models get two ports for the third row. A nine-speaker audio system is standard for all trims. 12-, 16-, or 25-speaker ELS Studio premium setups are fitted depending on trim.

IIHS (Insurance Institute for Highway Safety)declared the 2022 MDX highest since its great performance in six crash tests. The headlights also received a Good rating as they illuminate the road ahead very well.

But, The National Highway Traffic Safety Administration (NHTSA)does not declare any crash test for the 2022 MDX.

The basic warranty Acura covers for its MDX is four-year/50,000-mile, while the powertrain warranty is six-year/70,000-mile. 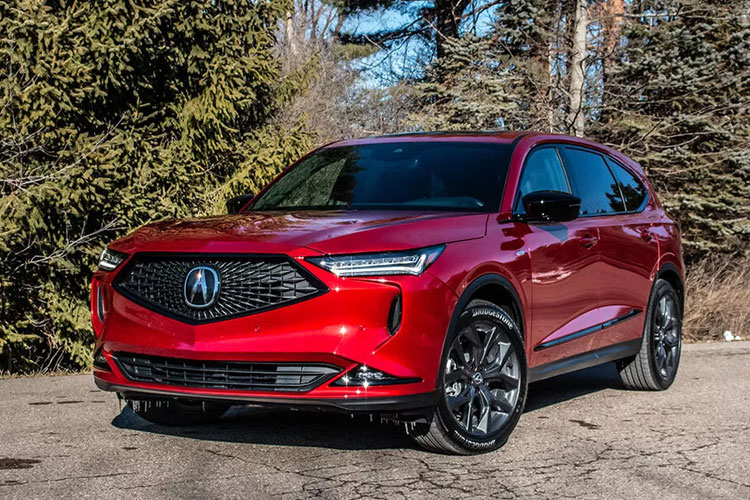 MDX sporty handling has never been up to the mark. For the first time, Acura is going to offer a proper sporty engine. The MDX Type S will have a turbocharged 3.0-liter V-6 producing approximately 355 hp and 354 lb-ft of torque.

It is equipped with a 10speed automatic and standard SH-AWD. Type S will be one of its kind with 21-inch wheels and braking power provided by larger Brembo brakes.

When the MDX rolls out for sale in the summer of 2021, it will be the first SUV to have a vaunted Type S badge. If Type S succeeds in beating the MDX Sport Hybrid’s 6.0-second 0-60-mph time, it will be the fastest Acura SUV ever.

2022 Acura MDX is a luxury midsize SUV. It has been redesigned with a long list of standard features, three-rows seating, and spacious cargo. The MDX is best for smooth and comfortable drives with good gas mileage and the highest-ranked on-road safety.

If you search for the most comfortable and luxurious SUV, then this Acura Is not for you. But if you are more into a stylish, well-built, and family crossover, then give the MDX a test drive.