Hennessey Special Vehicles – splashing the world out by introducing its 2019 Hennessey Venom F5 with 7.6 L twin-turbocharged V8 engine. Which broke the highest speed record of the world 267 mph with its speed record of 270.4 mph, but the record was not registered as the hypercar was tested only in one direction.

The F5 name was on behalf of the F5 Tornado, the fastest tornado of history in faujita scale. The Venom F5 is bespoke and proprietary. It was the first vehicle of the Hennessey Special Vehicle’s that was designed and manufactured in-house including chassis, bodywork, engine, and exhaust system.

The company, at their success claims to complete their F5’s production with their model that will surely break all the high-speed records with its 300mph speed. For which the work has been started on the Carbon fiber chassis. 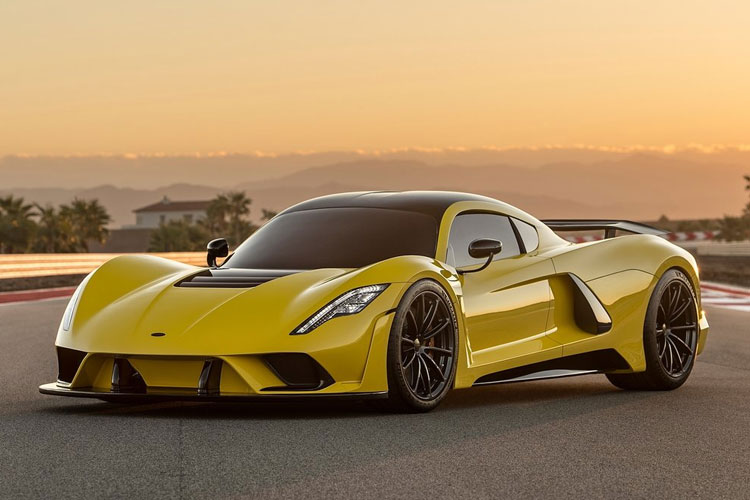 The advancement which should be count here in f5’s Venom from its own F1’s models is the Seven-speed single-clutch semi-automatic transmissions with the paddle shifters along with the six-speed manual transmission completely works according to the wish of the driver. The engine has the affordability of achieving the highest speed ratio of 270.4 mph and the wish not stop here though, claims to achieve the record of World’s fastest car.

The Hennessey’s production claims the price of HENNESSEY VENOM F5 “$1.6 million”, where the automaker offers the range of proprietary and bespoke that will surely bump up the price.

The Hennessey Special Vehicles had told to make only 24 units out of which half has been booked. If anyone is interested in buying the hypercar, he or she must have first to contact John Hennessey, The CEO, because he is picking buyers himself. 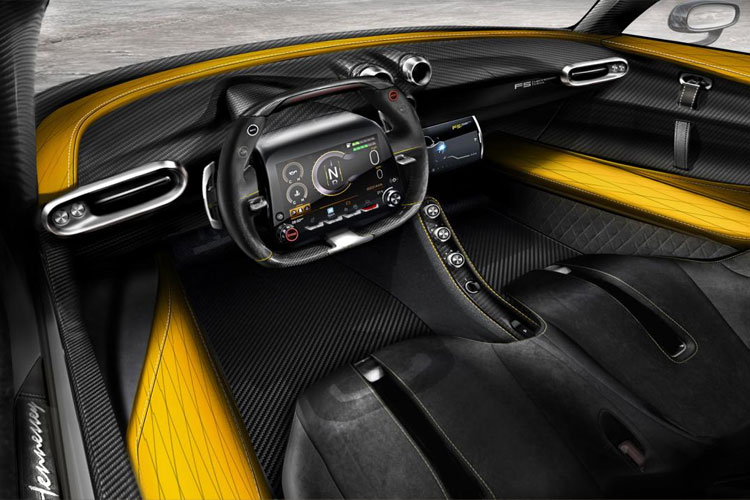 If the interior body has to be described, we can say that the carbon components are all that matters. The inside features like the steering wheels the fully designed seats, windows, car doors, the knobs, the floor, the LCD screens lining and the dashboard all are the outgrowths of carbon.

Moreover, the aluminum and the Alcantara are the companions of carbon making it the #1 car as the aspect of the inner designed body. The almucarbon seats are closely seated having the Alcantara trim between the seats.

There are multi buttons steering wheel is the center of attraction for the driver having the car boost button if it needed. The best thing noted is the “Yellow” color which best matte with the carbon body. 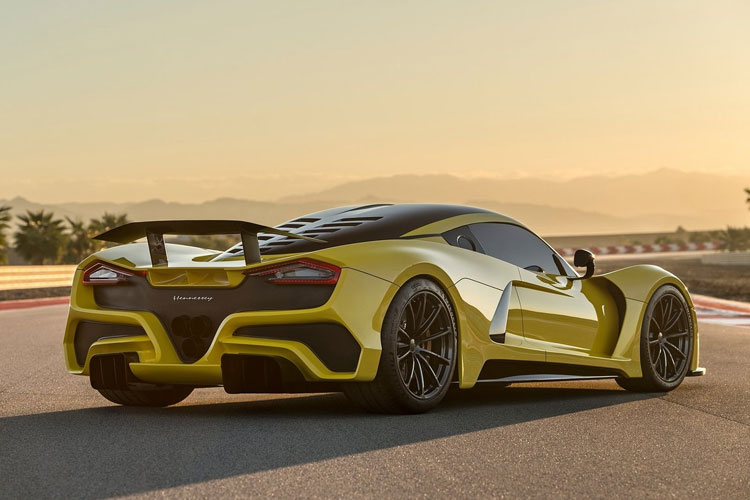 Without any sacrifice in its aerodynamic efficiency and style it has the clean slate approach, which gives all the power to the Hennessey ‘production. Moreover, the words of the CEO of company have been so promising to the world that gives dignity to the Venom F5. Said,

“We’ve designed F5 to be timeless so that in 25 years it will still have a level of performance and design that will be unmatched.”

The calculations of the Computational Fluid Dynamic results in the Venom F5 to cut through the air. The most deliberate work that gives dignity to the Venom F5 in coming more years is the light weighted body of 3000 pounds by using the carbon fiber in the material making.

The real competitors, according to the exclusivity of Venom are the two hypercar “THE BUGATTI CHIRON” and “KOENIGSEGG AGERA RS.” But if first we talk about the advancement F5 production made from its last version “venom GT”

Performance of the automakers is high above the fantabulous. The makers got the most advance characters like the steel chassis covered with full carbon fiber body, blank sheet approach, the twin-turbo V8 engine, turbo cooler exhaust system, Brembo’s brakes, Michelin sports cup’s 2 tires, and all the accessories in just 3000 pounds (1360 kilograms) which is the achievement. As mention above the chassis was in-house production with installation of the V8 engine by their own. 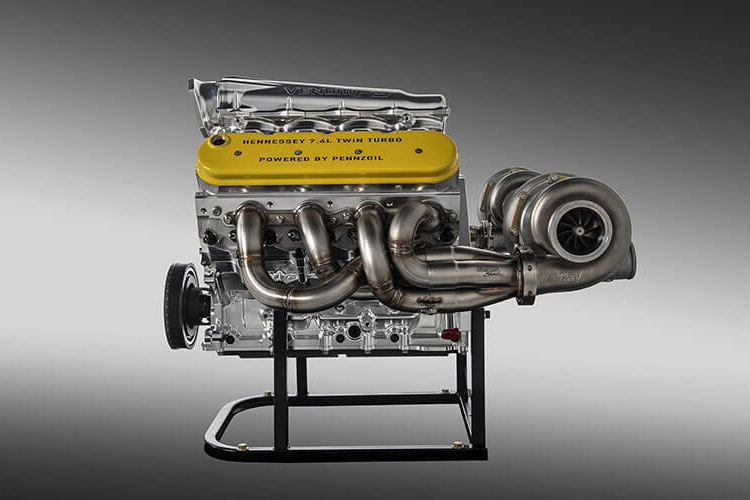 Talking about the potential generators, the 2019 Hennessey Venom F5 has the 1600hp of power with 1300 pound-feet of torque. The most Power figure today is that they claim to make the final model with will break the records of 301 mph John Hennessey, The CEO of the Hennessey Special Vehicles said that

Venom’s headlights stand with the row of LEDs. While the Brembo’s monster wheel house enormous brakes are the achievement again. F5 still stand out of its competitors because of the trio of exhaust tips resides to the front wheel with its massive rear diffuser. Active aerodynamics have been paired with the body; the new design has a coefficient of 0.33.