How To Resurrect a Sleeping Car

If you’re rousing your wheels from a prolonged slumber, here's what you need to do before you’re road ready.

People get healthier as they sleep, cars do not. Cars don’t like running infrequently, and any car that’s sat for a year or longer will be sick in more than a few places. If you’re ready to drive a car that’s been a bit too sedentary, here’s the quick guide to making sure its fit for the road ahead.

Within a month gasoline starts to separate, and after a year or two evaporates into a caramel-like sludge that coats the inside of your fuel tank.

Take the tank, or the whole car, to a radiator shop, and the folks there will peek in it with a flexible camera. If it looks gummed up, replace the tank or have them clean it out, or else pieces of sludge can break off and clog your carburetor or fuel pump, lines, filter, or injectors and cause bigger problems.

Once the gas tank is squared away, the rest can be left alone if you’re not seeing fuel starvation problems, like rough idling or a completely dead engine. When your engine is chugging along healthily, run someTechron fuel system cleanerthrough it. Ideally, before you parked the car you’d have filled it with ethanol-free fuel, which doesn’t absorb water from the air, and added a bottle of fuel stabilizers likeStar TronorSta-Bil.

While you’re at the shop, have them also look inside your radiator for corrosion. Flakes of corrosion can break off and go into your engine, water pump, or heater core. Corrosion also inhibits the radiator’s efficiency, making your car run hotter and potentially leading to overheating.

Back in the day, you’d re-core your existing radiator, but now it’s usually cheaper to buy a new one. It explains why there are so few dedicated radiator shops left.

After your radiator is up and running, then your rubber radiator and heater hoses should be replaced. They dry out, and you can’t always see cracks. If one blows, it’ll happen while you’re driving, and then you have to immediately stop wherever you are or risk critical damage to the engine.

Old hoses will be stubborn, so consider ahose removal tool. Use a dab of silicone sprayto help the new hoses go on more easily, and make sure clamps are snug but not ultra-tight.

The accessory belts that run your air conditioning compressor, power steering system, alternator, air pump, and water pump will also need replacing. The most important belt to replace is the timing belt, which synchronizes the engine’s major movements. It can cost you $1,000 at a shop for labor and parts (mostly labor), even though the belt itself might only be $50. 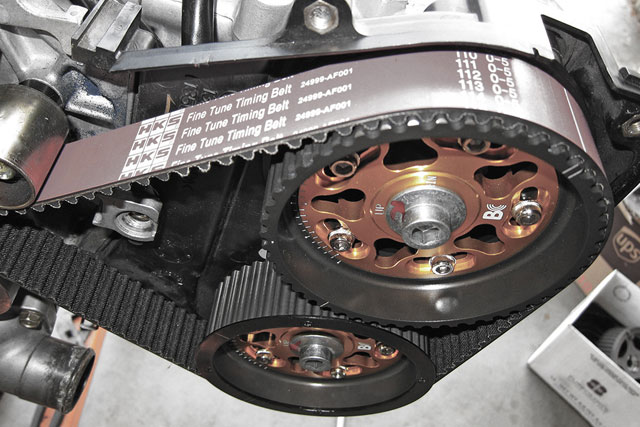 If you’re reading this, you’d probably do it yourself over a long afternoon or weekend. Like other rubber parts, there’s typically no way to see whether a timing belt is about to go. It just goes, and if you have an interference engine, nasty, horrible, no-good things will happen if the timing belt snaps. For peace of mind, just consider replacing the damn thing, but if you have a timing chain you’re in luck—you likely don’t need a replacement.

Beyond this critical piece of rubber, weatherstripping around cockpit glass, doors, hoods, and trunks also dries out and crumbles with age. Inspect all of it. If it feels a bit dry but looks intact, you can leave it and address it when it becomes a problem. It’s not a major problem if it goes like a blown timing belt.

Other Engine Odds and Ends:

Before moving on from the engine, give your spark plugs (and distributor cap and rotor if you’re working on a vintage car) a once over for wear and carbon build-up. If it’s time to replace any, do it now, and throw in a new wiring kit. Give the air filter a look, too, and replace that if it’s packed with filth.

Check the vacuum hoses for cracks and tighten clamps, but again, cracks are hard to detect. Just know that any rough-running issues in the near-future may be a vacuum leak. Rubber fuel hoses can be left alone unless they’re leaking. Just make sure the clamps are snug, and if you have to replace any remember that fuel-injected engines require reinforced fuel hoses. Look for broken bushings that activate pop-up headlights or hold metal fuel lines to the firewall.

If you can charge the battery and it works, use it. But batteries drain completely over time, and that permanently cripples their lifespan and cranking power. Expect a new battery in the not-to-distant future, if not right away. Clean the battery terminals, cable ends, and negative body ground with a plastic- or brass-bristle brush and battery cleaner, and consider battery terminal protector. 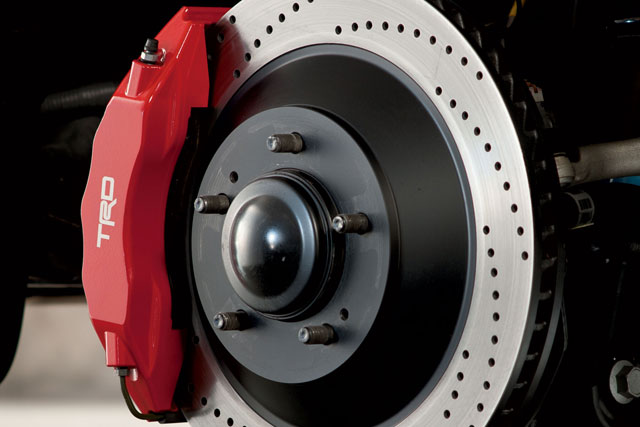 Now that we’re out of the engine, brakes should be your next priority. If your brake calipers stick, do a core exchange at a local auto parts store for a rebuilt set. It’s usually easier and cheaper than rebuilding calipers yourself.

Surface rust on brake rotors isn’t a big deal because the first time you drive the car, the brake pads will wear off the rust. Metal brake lines will be fine, but replace the rubber brake hoses that connect them to calipers for disc brakes or wheel cylinders for drum brakes, and make sure you do it before flushing your brake fluid, and speaking of which…

Replace all of them, and toss in a new oil filter, too. We recommendWix Filter.

An $8 fluid pump makes filling differentials a breeze. Don’t just drain-and-replace coolant, power steering fluid, and brake system fluid. Flush them to get all the old stuff out. Clutches in manual transmission vehicles also run on brake fluid, but they’re a lot less affected by age.

Still, if you have any extra new brake fluid after the brake job, it’s worth re-freshening. Always make sure you do fluids last because you don’t want to pay for a coolant flush and then find out you need a new radiator. 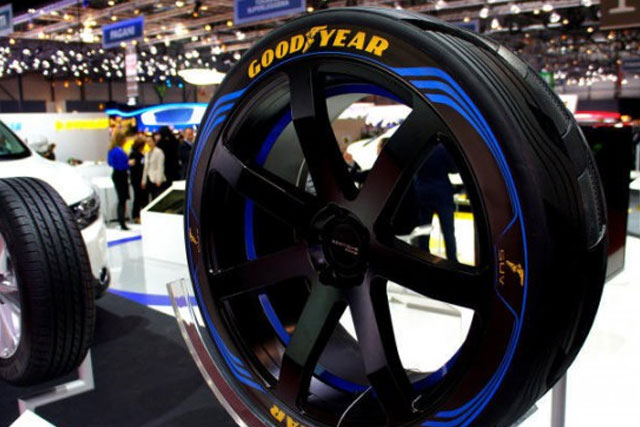 Old bias-ply tires were much likelier than modern radials to develop flat spots from sitting, but it’s the age-related rubber breakdown that’s a bigger concern. At an English car show in 2017, we saw a beautifully original 1959 Triumph TR3, wearing its second-ever pair of tires mounted in 1980.

You should replace tires six years after they were manufactured, regardless of how worn they are. Check your tire’s sidewall for a raised-rubber alphanumeric sequence, and the last four numbers will tell you the week and year they were made.

If you know you’re parking your car outside for an extended period, throw on a set of tire covers to prevent UV light from degrading the rubber.

The refrigerant is pressurized inside the system as a liquid, but it escapes as a gas. Even in perfect condition, a system fitment can be expected to leak 1/4 ounce of refrigerant per year, and an entire system can have up to eight fitments.

Most cars hold 20 to 40 ounces, and you’ll start to notice the A/C doesn’t blow cold when it drops to about 60 percent full. Get it recharged at a shop, which can recover the spent refrigerant rather than you venting it into the sky.

If the car was made before 1994, it may be packing trace amounts of the original R12 (Freon). Figure a conversion to R134a if that’s the case, and fight off the urge to just run it blowing ambient-temperature air. Running an air conditioner low on refrigerant only damages it.

If you’re in a state that requires inspections, roll all this into one visit. Have them check the alignment, tire wear and rotation (if the existing tires were usable), wheel bearings, battery, alternator, and remaining brake life. For disc brakes that means pads and rotors, and for drum brakes that means shoes and drums. Either they or you should also inspect the suspension, steering, and powertrain bushings, and the clutch.

With everything on this list checked off, your car is ready for its new life on the road.